Now Friday swimming has always been a bit of a problem for me as neither Consett nor Gateshead have a Masters work out to celebrate the end of the week.

Problem solved though according to their web site City of Newcastle Masters had a sesh down at Gosforth pool from 8:30 - 9:30pm. Now what sort of individual spends a Friday evening thrashing up and down a pool at prime pub time?

Well clearly the answer to that slightly rhetorical question is a Sad Binge Swimmer, because I found myself making excuses and dragging myself away from a work's night out (a leaving do for our Financial Administrator) just as things began to get interesting.

We had been for dinner at a Thai place in Consett "Tiger Bills" or something which seemed to be suffering from a touch of schizophrenia as it advertised Bar/Wok/Grill and couldn't really make it's mind up if it was an eastern influenced eatery or an American Diner. I plumped for the burger and regretted eating the cucumber from the accompanying salad as it repeated on me throughout the swim session.

Most of my work colleagues had consumed a fair amount of wine and were heading for the newest chic wine bar in town, having just acted for the owner's wife in a divorce I figured it would be sensible to dip out.

What a saddo! I found myself driving down to Gosforth at 8pm to have Evil Mutant Swim Coach 666 inflict the following little set on me. Unsurprisingly there was only 7 of us turned up, I had a bit of a chat with EMSC 666 at the end and explained the madness I was attempting for the month, and couldn't tell if he was impressed or incredulous. 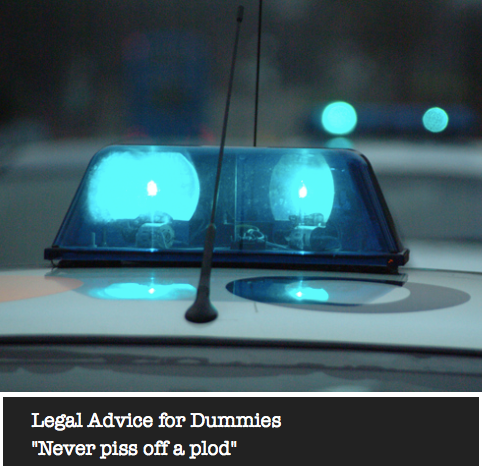 I also drove off from the pool without switching my headlights on which attracted the attention of a Traffic Plod who blue lighted me at Kenton Road.

I stopped, got out and was very apologetic and polite to him. (Obsequious even) that's because you never piss off a policeman because he has huge discretionary powers over your freedom at least for the next 12-24 hours if you truly upset him.

The chlorine aroma which was wafting over him, obviously convinced him that I hadn't just come from a pub and after a ticking off I was on my way.