Week 2 of the challenge and no EMSC five point zero although he had thoughtfully left a session on the pool side.

After the tedium of Friday night things picked up on Saturday as I had been  invited to Trafford Metro Masters Dinner Dance to present British Masters  Cherriman award to their very own "anorak" Alan Rowson who has single handedly rewritten the age adjustment formula for the Decathlon competition. 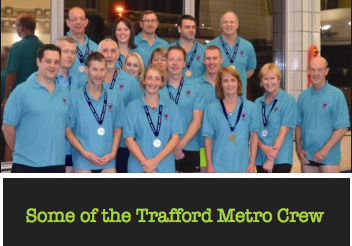 Bob and I had a fantastic night in company with almost 90 swimmers. (even if we had to endure Big Nev's speech) (only joking Mr Barton sir)

The only downer of the night was walking from the function to the hotel in heels..... I don't do them very often and my balance is bollocks particularly after a sherbet or two. It was Manchester so of course it was raining as well but not enough to dampen our spirits, thanks guys for a great night.