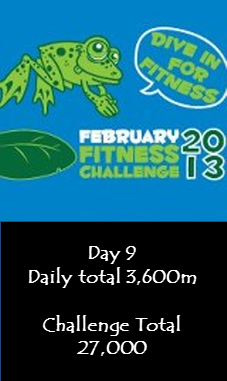 Saturday morning session saw 9 brave souls standing on the poolside, Matt the cash was obviously keen as he had set off on the warm up without waiting for anybody else or telling anyone what we were doing.

We eventually all assembled at the same time and there was an animated discussion about the direction of the session. I chipped in with the 75's and then we had a bit of divergence of opinion.

Synchro Dad and I were up for something fairly steady, but there was no stopping M the C (he'd obviously had his extra Weetabix) he was pretty insistent that we try and up the speed, and we all duly obliged not that there was much speed but there was a fair bit of effort.

The 6 x 50's at the end threw me a bit, as I obviously hadn't been paying attention and after the 4th one where I got down to around 40 seconds, I was mortified to discover we still had 2 left.

I didn't manage to blog yesterday as life just got in the way, oh and a half price offer for Haagen Dazs ice cream has meant that Winter Berry Brownie has been supplanted by Chocolate, Pralines and Caramel...... 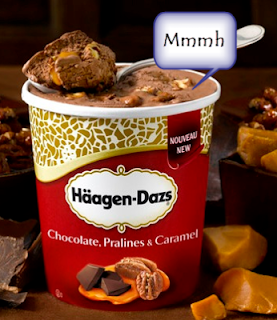