A Road Trip to Swansea is no mean undertaking when your starting point is North West Durham (over 350 miles). (Whose idea was it to hold the British Masters Championships in the Welsh outpost?)

The thought of driving home after swimming an 800 free on Sunday night just wasn't appealing so I quickly came to the conclusion that a cheat was called for.

My journey started at Newcastle Airport on Thursday evening and I flew to Bristol. My cunning plan was to rent a car and drive to Swansea which would've been brilliant if I could've remembered which company I'd hired the car from. 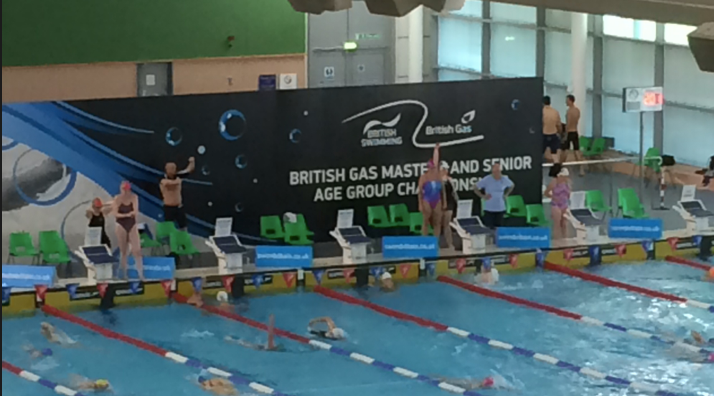 I spent a frustrating 30 minutes bouncing between Eurocar and Enterprise car hire booths, (they were approx 800 metres apart) before collecting my car and asking Siri to direct me to Swansea (which he did brilliantly).

I arrived at the hotel around 11pm having left home at 6:30 which was a lot easier than a 6 hour drive. 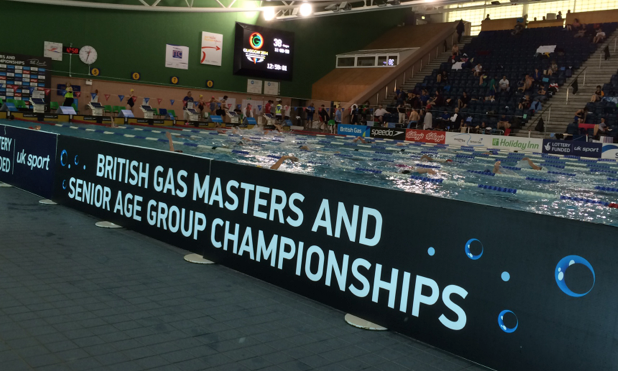 The meet started as usual with the 1500m, on Friday morning. A record entry and an 8 lane pool (instead of a 10 lane) made for a very long first day. I felt a bit of a fraud as I hadn't actually entered any events, but I did have a legitimate reason for being there as I had a meeting with Geoff Stokes and our new Masters Swimming Officer.

To make sure I had something to blog about dropped in the warm up pool for a quick 1500 metres. Actually it was a pretty slow and lethargic 1500 metres (a Tesco set) interspersed with lengthy periods of chat as I caught up with mates.

There was a pretty late finish to the day and I found myself in the company of Eindhoven bungalow dwellers Janet (McLean the pain) and Lara  and 18 other Scots heading out into the Swansea nightlife (think Bigg Market but not quite as classy!) at 9:30pm to find something to eat.

So much for an early night and top class preparation for Saturdays efforts!