Road Trip Day 3 - Out of the frying pan......The Quest for a Swim Continues 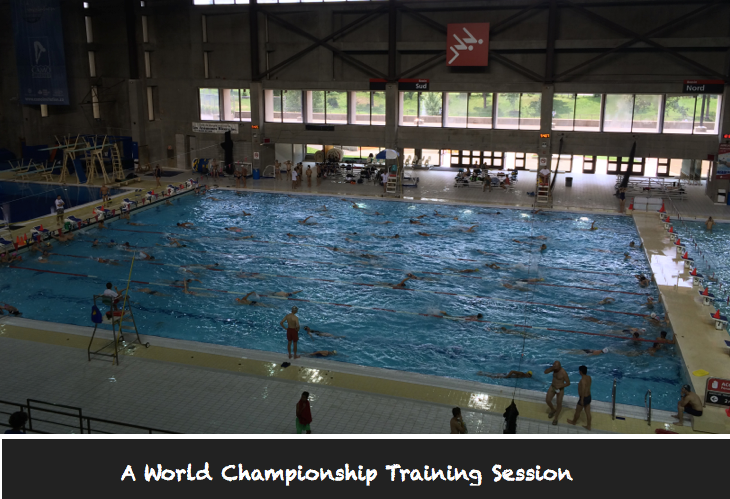 So day 3 and in search of a pool for some training we (Binge, Crystal and the Cronies) head off for the Claude Robbalot (A Canadian Robin Hood?) pool for training.

By the time we got off the Metro and started the walk to the pool ably guided by sherpa Helen KP (who had very cleverly made the trek here yesterday) we found ourselves leading a long snaking crocodile of swimmers from all over the world.

It was a case of out of the frying pan into the fire because the three lanes set aside for training were woefully inadequate and I chose to swim in the unlaned outside part. In fact it looked a lot worse than it actually was and once you managed to select a spot and jump in it was fine. Although navigating around some older Japanese breaststrokers was a bit of a challenge. 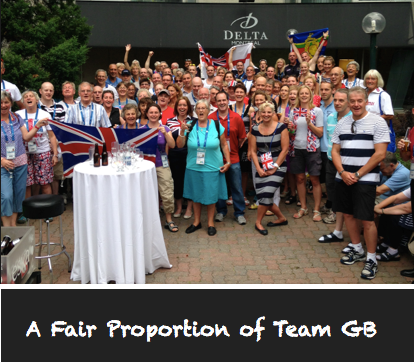 I swam about 60 lengths and after checking the time was disappointed to discover I had been in the water for over 30 minutes urgh horribly slow!.

I then began to pay attention to my stroke count and realised that the pool length must've been 30 metres and not 25! I felt better after that but there was no stopping as it was on to the British Masters Drinks reception, a great opportunity to catch up with the other swimmers out here.

As you can see this motley crew were in great spirits and many thanks to Sharon for her organisational talents and the patriotic but rather phallic balloons! 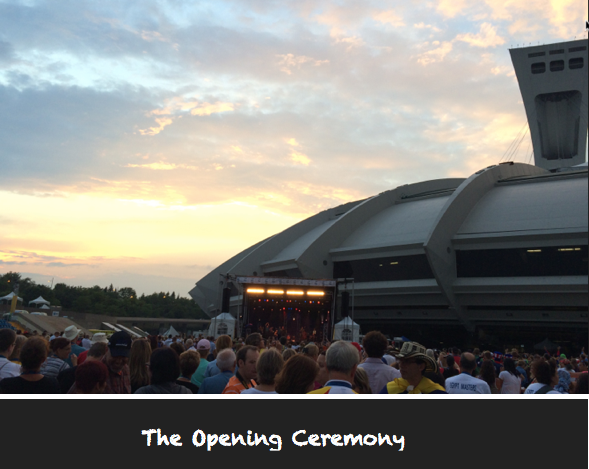 Back on the Metro for the Opening Ceremony at the Olympic Park, again in company of thousands of swimmers. The start time was down as 7:30pm but it was 8:00pm before the event got underway, (probably foreshadowing what's to come).

The ceremony kicked off with an energetic Canadian? Irish? eastern European Band and a pretty large conga was soon going around the crowd. Who were enjoying the opportunity to show off their team colours.

A good proportion of British in an excellent demonstration of our national traits of reserve and sarcasm preferred to stand at the back and send up the acts. 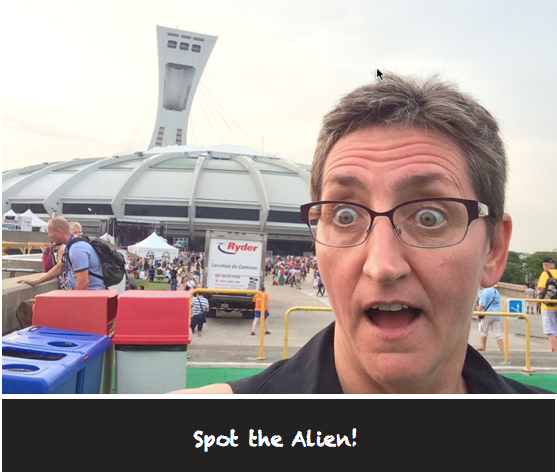 Deciding that life was too short, to listen to a succession of Canadian and FINA officials drone on; or to watch a Canadian impersonator;


Swimming starts tomorrow and I need to regroup and try and focus on the 800 Free (seemed like a good idea on the entry form).  I reckon I covered around 1800 metres again pretty comfortably. Astonishingly I survived the day and wasn't abducted by aliens. Maybe I look too weird!