I'm a Masters Swimmer how do I know who deals with registrations in my club? 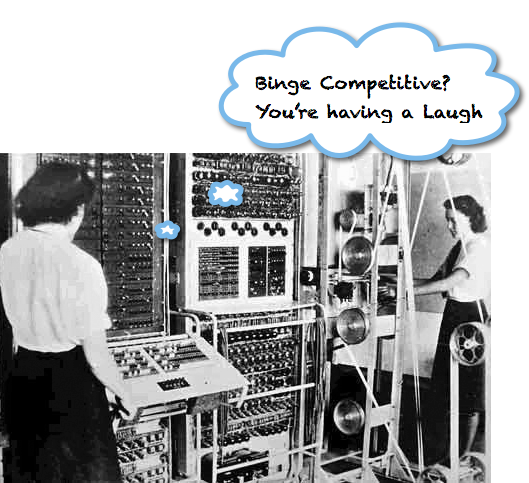 After Yesterday's T60 it was business as usual and I was beginning to think about the Nationals at the end of next month and trying to keep the swimming going in the run up to Sheffield.

Also in an extremely unbingelike show of foresightedness I attempted to enter the ASA Masters Nationals today (Monday).

Aargh no. The online entry system rejected my entry telling me "you are not a competitive swimmer".

Well I know that in my swimless binging periods that might be true but it seemed a bit rude and insulting for a computer to say this to me, because sometimes I can be quite competitive, and he should know cos he does the rankings!!

Have you noticed there's no arguing with these things? Nothing for it but to ring the ASA registration department and explain that I paid my swimming registration fee to one of my clubs in January. Yes the helpful lady on the other end of the phone said Consett club paid your £22.50, but your ranking club is Gateshead and Whickham and they have you down as a Category 1 (non competitive member) you'll need to have Gateshead upgrade your membership!

But I'm a Masters swimmer I don't have the first clue who deals with registrations in my club, ah well that's what Facebook was invented for isn't it? message to EMSC 3.0.....

In the meantime I was goaded into swimming in the fast lane by Queenie Reid at the Monday night session (she's got a lot to answer for that woman) where I spent the entire time hanging off the back.