I've probably already whinged on about how I'm having the week from hell at work, well I only just managed to scrape a swim yesterday evening.

For the last couple of days I've been engaged in a final hearing which was meant to take place at the Law Courts on the Quayside, but at 4:30 the evening before it was intended to start we receive a telephone call from Court Admin advising that the hearing had been moved to North Tyneside Magistrates Court.
. 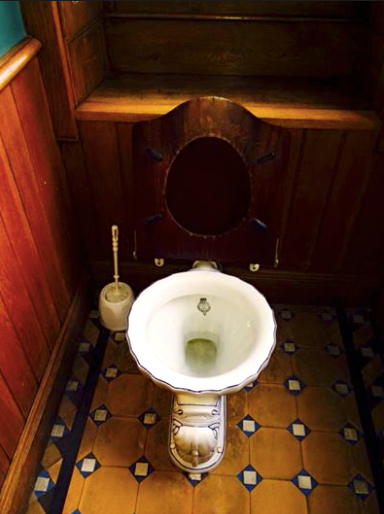 This means you have precisely 30 minutes to track down your client and tell them they have to schlep clean across Tyneside to some freezing cold miserable 1980's building for what they consider to be the most important couple of days of their lives.

Things improved on the second day as we were then transferred to The Moot Hall in Newcastle, which is a wonderful historic building, lovingly restored but rather imposing and not a very user friendly place.

You can almost imagine the trapdoor under the dock which opened up depositing the poor defendant directly onto a waiting boat on the river below to be transported to Australia or wherever.

It does however possess the most pretentious loo I've ever seen, and all the more remarkable for being in a public building.

As for the continuing February Fitness Challenge I struggled to catch the last 25 minutes of the public session to complete a Tesco set of 1200 metres easy swimming. I think I needed the break.