The half way point in the February Fitness Challenge roles round with Valentines Day and there was more than a touch of Groundhog Day about it.

Yet again I found myself at a hearing in the rather falsely named Civil and Family Justice Centre in Durham see here for a previous adventure in the world's most inappropriately named building and here for last years action when I was acting as a Taxi for teenage triathlete who went out for dinner in Newcastle. 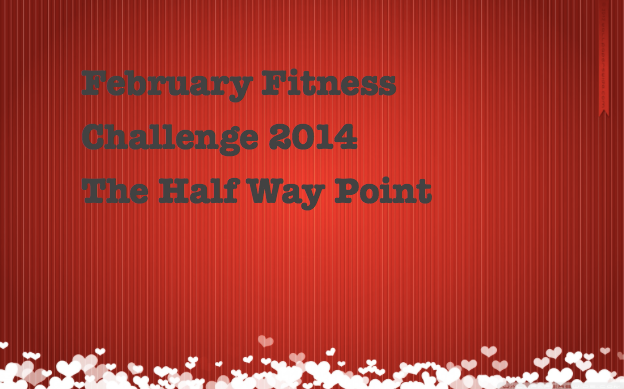 But taxi duties over by 8:15pm I found myself yet again wending my way towards Gosforth Pool to catch some water time at the saddo session. There's something even more sad about swimming tonight with 7 of us with nothing better to do.

EMSC 666 had two different sessions going I looked at the turn around  times for the "fast guys" and went for the steady aerobic stuff. It was the pull with paddles which sold it for me. I did end up as Billy No Mates as everyone else (well all 6 of them opted for the other set.)