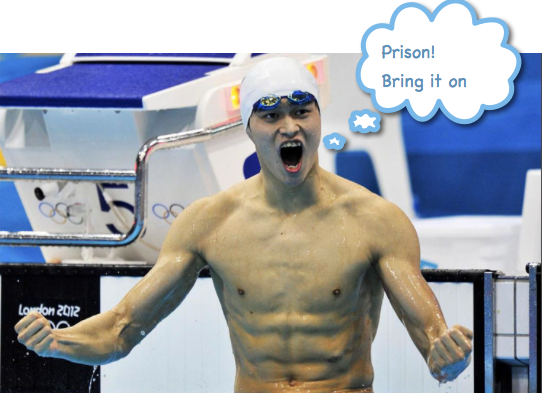 As I was flicking through the South China Morning Post (as you do) the publication revealed that the inmates of Hangzhou detention centre were placed on an enforced mini vegetarian binge for a week, a move which was deeply unpopular with the inmates.

A little further digging revealed that this was because they had been joined by the double Olympic Champion Sun Yang who was sentenced to a weeks “administrative detention” for driving without a licence.

I loved the irony in the fact that Sun Yang was deeply suspicious about the quality of meat served to him in prison and fearing steroid contamination elected for a vegetarian diet during his incarceration. Such is this man’s celebrity status in China that the prison officials placed the whole of the establishment on a non meat regime. 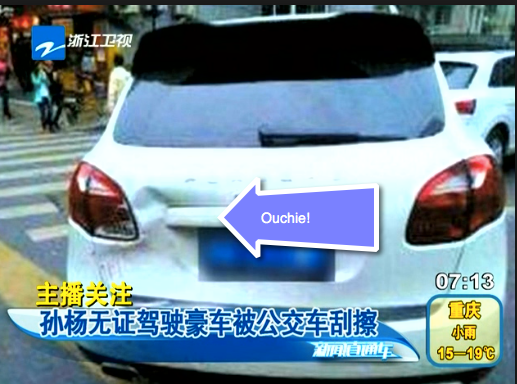 Now this story chimed with me on a number of different levels, firstly from a professional point of view, the speed and severity of the punishment were breathtaking. Sun Yang was arrested on the 3 November after driving a Porche Cayenne into a bus, and released from prison on the 11th November having served his sentence. Clearly the Chinese don’t mess around when it comes to criminal justice, nor do they encourage celebrity lawyers such as Mr Loophole

In this country it is inconceivable that a custodial sentence would be handed out under these circumstances, and even if a court were considering this, it would be a month or so before he was sentenced. Sun Yang’s treatment also compares unfavourably with say Michael Phelps’ drink driving episode.

As a defence solicitor and master of the excuse for not swimming I also loved his mitigation. “ I've been focusing on training and competition, I had only a hazy knowledge of laws, which led to my mistake," Did he really say he was unaware that he required a licence to drive? The Chinese really need more imaginative lawyers or PR consultants.

I was struck by the somewhat paternalistic and patronising comments of the Chinese swimming authorities and the reserved nature of the Chinese Press in relation to the story, I’m sure that an English press wouldn’t have been able to resist a headline on the 10th November along the lines of “the Sun’ll come out tomorrow”. Further research in more left field publications did unearth some rather restrained attempts to dish the dirt particularly the devastating insult that Sun Yang was a “supercilious athlete” from a predictably anonymous member of the Chinese National Squid! (their typo)

And finally the news that Sun Yang has been suspended from swimming by the Chinese Swimming Authorities, smacks of double jeopardy and cruel and unusual punishment. “Henceforth you will not inflict terrible pain and suffering on yourself” but it did lead to my own bit of supersilly pondering, as to whether within this supremely talented being there was a Binge Swimmer yearning to escape and further could Sun Yang become the most famous proponent of Binge Swimming. Certainly his ability to produce such exquisitely crafted excuses  suggests that he possesses the fundamental characteristic to evolve into the consummate Binge Swimmer.

The similarities between me and Sun Yang of course don’t stop there as I have been known to be equally cavalier about my driving licence, having been forced to attend at Sunderland Magistrates last year to persuade them to allow me to retain my licence. I wonder if with a little training I could emulate at Masters level some of Sun Yang’s achievements in the pool?

I know that I should be looking forward to next season as I age up into the 55 years age group, (good grief when did I get to be so old?)  but my current lack of fitness and motivation do not bode particularly well for the upcoming season; when having temporarily slipped out of Judy Hattle’s age group I’m now facing Amanda Heath, the phrase “out of the frying pan and into the fire “springs to mind.

With the Christmas season in full swing, I’ve rather characteristically thrown myself into the festivities and somewhat unsurprisingly swapped Binge Swimming for just simply Bingeing. So no time for training at the moment, but with next year in mind I dragged myself to the pool to take part in one of Bob's triathlon sessions on the penultimate evening of the year in preparation for my New Year's resolution. No doubt inspired by the thought that I need to live up to being a role model for Sun Yang.

So stay tuned for next year's exploits in Binge Swimming.