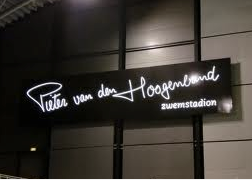 Truthfully I had adopted a rather half hearted and somewhat indecisive approach to whether or not I would do the European Championships this year following my big fail in my 2013 Binge Challenge.

However. as an after thought I sent off a limited entry the day before the meet's closing date and didn't really give it much more thought until Sumo rang me last week to discuss the travel arrangements. Easy really just get myself to the Strawberry Farm on the A69 near Hexham around about 3pm on Friday and we'd be off, via the North Sea ferry.

There was the usual compete and utter panic about trying to clear up from work to get away,  and given my ultimate destination the phrase about sticking fingers in dykes could never be more appropriate. 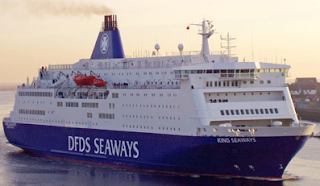 We arrived at North Shields Port and drove onto the ferry, any good intentions of being sensible through the week, were dispelled as we came out of our cabin and wandering on deck discovered a very sunny Mermaid Bar.

Leaning against the railing with a beer in your hand on a sunny late summer afternoon is quite a civilised way to do a preliminary recce of the closing leg of the Tyne swim (although there must be a serious question as to whether or not I'll make it this far downstream).

We decided that as we were stuck on this boat until 9am the next morning we'd better make the most of it and we joined the various hen and stag parties bedecked in fluorescent day-glo splendour and embarked on a pub crawl around the various bars on board before sitting down to dinner.

A rather fitful night's sleep in a bunk, a couple of hours drive at the other end, (as we only went wrong once I decided that our navigational skills had improved immensely and we've obviously cracked the navigate by iPad after last year's efforts see here ) and we arrived at our new home for the next 10 days...Center Parcs Dutch style.

The pre meet arrival ritual of find the pool, collect accreditation, test the pool out, (a mere 400m as I didn't want to over do it,) then off to find the venue for the British Drinks reception, (better get there early because the bill was going to land on my credit card) I managed to persuade one of the shuttle bus drivers to drop me off outside the hotel, an unscheduled stop but saved my legs for the challenge of 400 free on Monday.