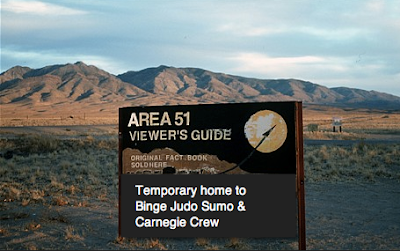 The irony that we had by chance landed in Cabin 51 dawned on me when Janet McLean (the pain)'s mobile phone ring tone of eerie extra terrestrial sounds spread throughout our cabin.


Park de Kempervennen; A twilight zone all of our own; well apart from a couple of thousand other swimmers we keep bumping into around the place.

We came in from the drinks party and with a distinct lack of imagination decided to test out the Pizza and Pasta place adjoining Area 51 for dinner last night. It seems that the lack of imagination is a common trait amongst swimmers as the place was crammed with them. The food was pretty adequate, but we were a little underwhelmed by the entertainment in an adjoining bar which we could overhear from our seats. 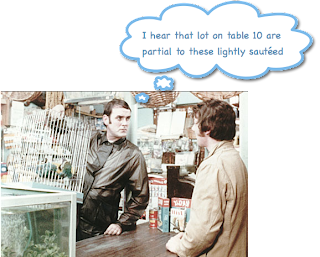 In fact it wasn't so much the entertainment but a bunch of squawking parrots which felt obliged to join in with "the turn".

The din was unbelievable, but I now realise why Month Python wrote about dead parrots cos honestly if they'd got within striking range of me I could quite cheerfully have shuffled off one or two of their mortal coils.

There was a team decision to test out the shuttle service to the pool, and try out the warm up facilities. Not that I had any intention of doing a warm up electing to use Binge Swim Tactics 101 (especially tried, tested and honed to perfection here.) But it seemed to me to be a good opportunity to add a few yards to my total for the year so I tagged along.

Now the first day of these events is 800 day, which means it's pretty low key, well can you imagine 50 heats of 800 freestyle, it's mind numbing and the phrase watching paint dry comes to mind, unless you have a  team mate swimming in one of them then it can get quite exciting (or frustrating depending on your team mates performance.)

Despite the gentle pace of the competition pool, the 4 lane 50m warm up pool was fairly busy. I spent a few moments contemplating which lane to swim in, trying to weigh up the relative speed of each lane. The Dutch had helpfully placed one sign on the end lane which said "snell bahn". Now sadly the translation app on my phone doesn't do Dutch so I was left to puzzle out what that meant.

My fear was that the word was pretty close to the German for schnell and at my level of unfitness the last thing I wanted to try was mixing it with a load of speedsters; but, looking at the quality of swimmers it seemed to me that it could also mean a rather unpolitically correct but quite accurate "snail lane". This seemed tailor made for me so I dropped in and worked my way through a whole 800 metres just fine tuning myself for the 400 tomorrow.