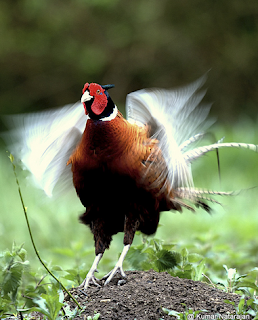 It was a rather bizarre day, which started with one of my little criminal darlings (he's 23 and I've acted for him since he was 10 years and 1 week old) ringing me in tears cos he'd breached his curfew and was going to be arrested. He did however come up with one of the greatest excuses I've ever heard, one which would easily grace this blog and puts my pathetic explanations for failing to swim to shame.

I was somewhat incredulous as I negotiated his surrender with the local town sergeant at Consett nick. But astonishingly she corroborated his story! His mum's house had exploded and he'd gone down to save her thereby breaching his curfew!

Not a hint of irony in his police interview which ended "I'm sorry I breached my curfew cos I was saving my mam's life" I couldn't make it up. So that was the start of the day...it didn't improve and ...

It ended with teenage triathlete and I wending our way through the sleepy back roads of North West Durham aiming for an open water session in the Tyne at Hexham this evening. As usual she was rabbiting on and no sooner had the words "dad had a close encounter with 4 suicidal pheasant's yesterday" left her mouth when a bird of this very species and possessed with the self same characteristic stepped out and strutted across the road immediately in front of us. I can report it lived to die another day.

The River Tyne looked really calm and peaceful tonight but the recent rains meant that the river was higher than normal (and colder at a nippy 14 degrees) and there was a deceptively strong current in the middle, it made the swim back down feel great though.